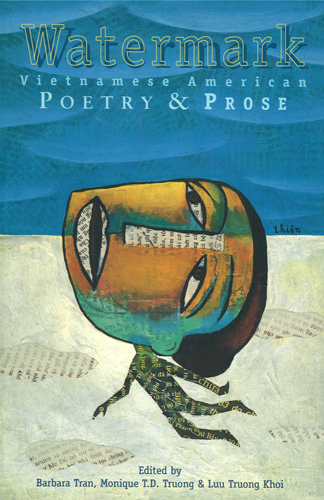 Watermark is simply some of the best writing from a new generation of Vietnamese writers in America. Eloquent, poignant, funny–the writing goes beyond war–taking us into the towns and fields of America. This is the Vietnamese literature of the future…made inclusive by the editors’ uncommon and judicious selections.

A fascinating and surprising collection by a new generation of Vietnamese American writers, delving into identity and displacement with energy and grace.

…eclectic and unsentimental work written from displacement and from the embracing of a complex national identity.

The selections fill a gap in Asian American literature as they present a vision both gripping and arresting.

Watermark is a welcome collection of diverse Vietnamese American voices that speak eloquently across oceans and continents from Hanoi to Paris, from San Francisco to Saigon. . . Forged in the crucible of a painful diaspora, these literary landscapes are haunted by the Vietnam War, imparting to the collection complex and often exhilarating dimensions.